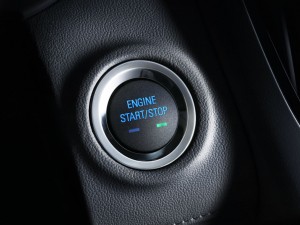 These days, drivers in Columbia, South Carolina have an exceptional number of choices when looking for a luxury sedan.  For drivers looking for a mid-size sedan, two common choices are the 2011 Buick LaCrosse CXS and the Acura TL.

The Buick LaCrosse CXS features a 3.6L engine making 280 horsepower, the same as the Acura TL, but makes 259 lb-ft of torque to the Acura’s 254.  In addition, the Buick reaches peak torque at 4800 RPM compared to 5000 RPM in the Acura, allowing it to accelerate more smoothly and quietly.  With its advanced direct-injection technology, the LaCrosse also edges out the Acura on highway fuel economy under EPA testing.

LaCrosse rides on a longer wheelbase for added stability, which also allows it to have over four more inches of rear legroom.  The available active suspension system (part of the Touring Package) allows the suspension to soak up minor bumps in the road, a system not available on the TL at all. In case those bumps turn into something less kind to your tires, LaCrosse offers the assurance of a compact spare tire in the trunk as standard equipment that the TL still doesn’t offer.

Inside the cabin, the LaCrosse offers many more luxury amenities the Acura TL simply does not offer.  The keyless start system allows you to start your LaCrosse at the press of a button rather than fumbling for keys, while ultrasonic rear parking assist helps you back into and out of parking spaces with ease.  Navigation-equipped LaCrosse sedans also receive a rearview camera for even more assurance while going backwards.  Your rear-seat occupants will stay cool thanks to the power rear sunshade, which you can leave up to help cool the interior during hot summer months.  Those occupants will also hopefully have no need to appreciate the available rear-seat side-impact airbags, offering them the same thorax protection the front-seat occupants receive.  Along the journey, you can also enjoy the 11-speaker Harman/Kardon Matrix 5.1 surround sound system that delivers rich sound from your compact discs, iPod or MP3 player, or the 170 channels of XM Satellite Radio service (with a three-month trial included).

Perhaps the most surprising thing when comparing the Buick LaCrosse CXS to the Acura TL is the price: while offering all these additional features, the LaCrosse starts at $34,515, over $1,000 less than the Acura’s $35,965.  With this exceptional combination of luxury, performance, and value, it’s no surprise that Columbia drivers are flocking to the 2011 Buick LaCrosse CXS.

The 2011 Buick LaCrosse is available from Jim Hudson Buick, the #1 Buick dealer in the state of South Carolina.  Jim Hudson has been serving Columbia drivers for over 30 years with a commitment to complete customer satisfaction, and is proud to carry a great selection of Buick LaCrosse models.  Jim Hudson has been voted Best New Car Dealership an unmatched ten years and counting by readers of The State, and has also been recognized multiple times in the Free Times Best of Columbia poll.  For more information, call Jim Hudson Buick at (888) 377-4971 or visit their Buick LaCrosse Columbia SC section of their website.